Luc Suarez grew up in and around London’s 1990’s eclectic music scene. A prodigious talent on the electric guitar, in his early twenties, his musicianship brought a signature combination of emotion and technical virtuosity to avant-garde, underground cult groups such as Snorkel, Charley Marlowe and Invisibles, in folk-rock-grunge venues like Subterrania, The 12 Bar Club and The Kashmir Klub.  As interested in composition and theory as performance, Luc studied at the Thames Valley University/LCM with Adam Gorb, Martin Ellerby and Eddie Harvey. After graduation, he worked as composer’s assistant for multiple Bafta Award winner Murray Gold on many projects including “Clocking Off“, “The Second Coming“, “Dr. Who” and “Torchwood“. He also took on varied session work around the London area, mainly for Film & TV, gaining valuable experience in the relationship of composer to musician and deepening an understanding of the possibilities and rewards of this collaboration. 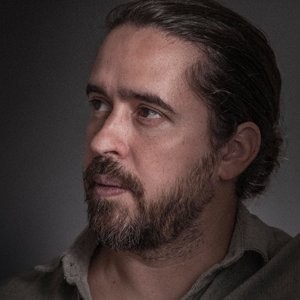 In 2004, he moved to Barcelona to score his first major full feature film, “The Nun”. Recorded in Smecky Studios (Prague) with a full size symphonic orchestra and mixed at the Riverside Studios in London. After “The Nun” he gained more valuable experience, working with mentor and Oscar Nominee composer Javier Navarrete for several Hollywood films including “Inkheart” and “The Warrior´s way”. Combining professional work between live and studio sessions, composing, orchestrating and midi programming, has lead to an understanding and appreciation of the different sides of the craft, inside out. Co-Founder of Summer76music a successful company specialized in music for ads based in Barcelona, he has collaborated with Pharrell Williams in the latest major ad for Red Bull. He has recently scored two major feature films:  “The Curse” & “L’Altra Frontera”. The later one being awarded in various festivals and nominated for Best Original Score for independent Film in Hollywood Music in Media Awards 2015.